A Detailed Exploration into The Blackest Black - | Acktar

A Detailed Exploration into The Blackest Black 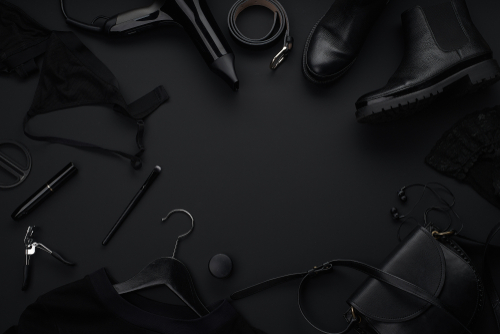 About Light and Color

Visible light is a category of electromagnetic waves that we are capable of seeing. When light hits an object, some of it is absorbed, and some of it is reflected. The color of the object is the portion of the light that is reflected from it. A “black” object is an object that absorbs almost all of the light, and reflects almost none. There are currently no truly black objects, other than as a theoretical “Perfect Black Body”. All objects we consider black reflect at least some of the light, but there are some advanced materials for which the amount of reflected light is very, very small.

What Is the Controversy Surrounding the Blackest Black?

For years scientists have been debating on the darkest color in the world, or “the blackest black.” In 2014, this controversy caught the media’s attention when Surrey NanoSystems developed a super-black coating known as Vantablack. It has been gaining recognition ever since. In today’s article, we will discuss the origins of this controversy while exploring which color really is the “blackest black”?

Vantablack is an acronym for Vertically Aligned Nano Tube Array Black. Surrey NanoSystems claimed it absorbs 99.965 percent of light, which, at the time, made it the blackest black known to science. Originally, Surrey NanoSystems created this black by growing microscopic filaments of carbon nanotubes (CNTs) onto the surface of products being coated using chemical reactions. The CNT’s resembled a black void as they were packed close together and absorbed almost all light that reached the object. Scientists have since started using an alternative arrangement of carbon nanotubes, known as S-VIS, to increase the accessibility of Vantablack. This new version allows Vantablack to be sprayed onto objects rather than requiring a chemical vapor deposition (CVD) reactor.

Vantablack was first created as a way to increase the visibility of faraway objects in space. For example, Vantablack absorbs glare and can resist frigid temperatures, so when used to coat a telescope, it helps scientists to better study stars and planets. While Vantablack continues to be used in the space industry, this ultra-black coating has expanded its uses to developing microchips, touch screens, ultralight wiring, and more.

In 2019 BMW even partnered with Surrey NanoSystems to create the BMW VBX6. This vehicle features a VBx2 coating, which is a slight variation of the original Vantablack. With over 99% of light absorbed by this coating, the car appears almost two-dimensional, while the one percent emission allows for just enough shape.

Who Can Use the Blackest Black? Artistic Controversy: Kapoor Vs. Semple

It’s important to note that the search for the blackest black has not only affected the scientific world. The artistic world has also been rocked.

In 2016, not long after Ventablack was created, sculptor Anish Kapoor purchased all rights to the color. This purchase led to much backlash from the art community, as buying a color to then sell it at exclusive prices conflicts with the values of creativity, expression, and inclusivity, which art revolves around. Notable amidst the backlash is British artist Stuart Semple. Semple grew up creating homemade oil pastels for colors he couldn’t afford at stores. One of his goals as an artist has become to free colors from private ownership. After a year-long feud between the two artists, Semple responded to Kapoor’s exclusive Vantablack license by creating his own color, “the world’s pinkest pink.” While this pink is not proven to be the brightest ever, the technicalities were not the point of Semple’s invention. Instead, Semple made his product available to anyone but Kapoor.

In 2019, MIT shook the scientific world yet again. Only five years after Vantablack was discovered, MIT had found a black which is ten times darker. This new black captures 99.995 percent of all incoming light. Funnily enough, the scientists who discovered the new color were not trying to create the blackest black at all. Rather, they were working on increasing the electrical and thermal conductivity of an aluminum foil sheet by growing a layer of carbon nanotubes on it. Upon completing the experiment, the scientists noticed their foil had turned an unusually deep black. After thorough testing, the conclusion was drawn that these MIT scientists had indeed discovered the new blackest black.

With this discovery, we once again see art and science intersect. As a way to celebrate the new discovery, MIT partnered with the artist Diemut Strebe to coat a 16.78-carat yellow diamond with the new color, dazzling artists, scientists, and observers alike.

Why Do Scientists Continue to Look for the Blackest Black?

The vast majority of ultra-black discoveries have been created through carbon nanotubes. There are 50 billion carbon nanotubes on every square centimeter of material, allowing for endless possible nano-scale shapes and configurations. Each new configuration is a new shade of black with unique characteristics. So, scientists will continue developing the blackest black for decades to come.

Discovering a new black color is not only fun, but functional as well. Objects coated in such deep black colors have many advantages and benefits, including a flattened appearance, ultra-low reflectance, strong heat conduction, resistance to shock and vibration, and possible extreme hydrophobia. Hollywood has already begun to use the colors to enhance special effects in films and plays. Scientists and companies alike use ultra-black coatings when developing space equipment. These coatings are also used for thermally sensitive instruments or electronics, such as thermal infrared cameras. As technology develops and blacker blacks are discovered, these colors will become increasingly useful in advancing the modern world.